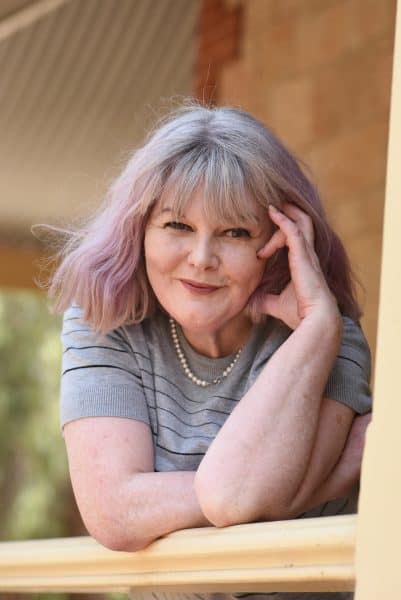 Being referred to UnitingSA’s Mental Health Services was nothing like Karen expected.

Aged 53 at the time, she thought she would only receive token support.

“It didn’t occur to me they would help someone in their 50s, that they would actually bother with someone my age,” she says.

“I honestly thought that someone would just pop around and have a cup of tea every couple of months.

“That they would just come and pat me on the head to make sure I didn’t collect too many cats.

“I had no idea it would be so intensive and rehabilitative and so tailored to my specific needs.”

Karen was spiralling when she first made contact with UnitingSA’s Individual Psychosocial Rehabilitation and Support Service (IPRSS) five years ago.

She had reached a point where she no longer cared about herself or having a connection with others.

“I wouldn’t have thought of myself as depressive as such but my life was very up and down and I did lots of risky things,” she explains.

“Once you disconnect you can go downhill quite easily.

“Things had gotten dire and I stopped paying bills and became very isolated.”

IPRSS workers started visiting Karen twice each week at her home in Pooraka.

“Initially they helped me survive,” she says.

“They helped me to apply for the Disability Support Pension and to set up practical things like direct debit to pay bills.

“They were there for me to talk to and they would advocate for me.”

Karen says one of the first things she noticed about her support workers was there was never any judgement.

“I never felt any pressure or any shame to lift up to any expectations as such,” she says.

“In the program you are accepted to be where you are at that point in time.”

Over the months, she started to feel motivation creeping back into her life in areas such as personal care and getting out of the house.

“It would have been after a year or so that the fog lifted and I started feeling connected again to the outside world,” she says.

“I started to care about what I looked like again and over time started to set goals.”

One of those goals was volunteering and once Karen got the idea in her mind, she went for it.

She connected with the Para Hills Community Hub, which runs a range of services including a seniors’ centre.

Combining her previous experience working in pubs with her love of words, Karen accepted a role calling bingo every Thursday.

She even created her own unique calls, including ‘Buckle up Buckaroo – 72,’ in recognition of the year seatbelts were mandated Australia-wide and ‘Home watching Flix – 56,’ owing to the year mainstream television came to Australia.

As Karen developed in confidence, she took on more responsibility at the hub and in addition to bingo, now serves coffees, helps with fundraising activities and teaches English as a Second Language (ESL) to students at the centre next door.

“Now that I’m doing all this volunteering, I am no longer with IPRSS.

“I’m helping other people and I don’t feel like a client anymore.”

Despite having graduated from IPRSS, Karen still has regular visits from UnitingSA support worker Gayle, who helps her remain motivated and keep a sense of structure in her life.

Karen says her time with Gayle, along with the support of other workers over the years, has been instrumental to her mental health recovery.

“It’s hard when you’ve always been the same to know what constitutes mental illness to the point where you can receive help for it,” she explains.

“This was my first real foray into the mental health system.

“Through this experience, I worked out that the system does look after 50 year old women.

“It has helped me come back to life again.”