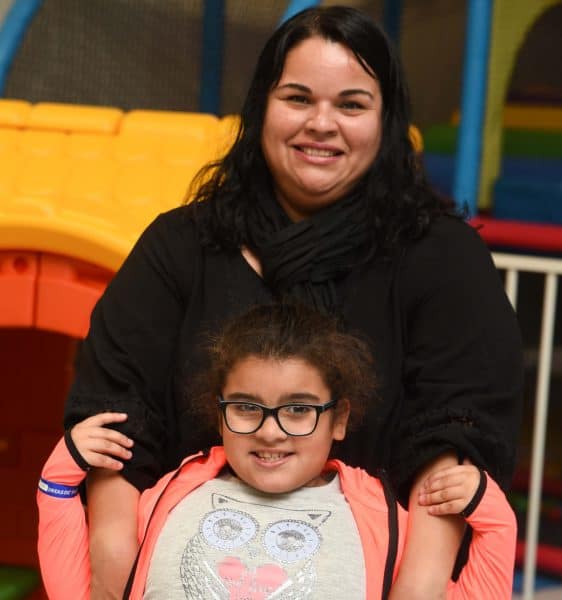 For every dollar invested in our Communities for Children (CfC) program, the north-west Adelaide community receives an average benefit of $3.28.
That’s the finding of recent research commissioned by UnitingSA to better understand the financial impact of CfC on children, families and the broader community.
CfC distributes Department of Social Services funds to organisations – known as Community Partners – to provide early intervention and prevention programs for children aged 0-12 and their parents.
Programs and activities include parenting support, case management, home visiting services, and other support to improve social connections, family relationships, employment and educational outcomes.
Nova Smart Solutions undertook the Social Return on Investment (SROI) evaluation of the program over six months, conducting interviews, workshops and analysis to determine its overall benefit.
Nova analysed what the alternate costs would be to get the same results for families in other ways – such as through paid education, mental health support and recreational opportunities.
The final report, published in October, explains step-by-step the way the research was conducted, including the assumptions made and financial proxies used, to reach the final dollar figure.
Connected Families program manager Craig Bradbrook was central to the evaluation, which he says is the first of its kind for a CfC program in Australia.
“The intention of the SROI evaluation is not only to have a figure we can communicate back to the department and our other stakeholders to say for every dollar we are investing we return $3.28 – but each of the individual programs also has their own return,” Craig says.
“This helps us with the assessment of new grant applications and working out where we should be allocating our funding to.
“In saying that, the dollar figure is just one aspect of it and isn’t the only tool we use to assess a program – there is context in everything.”
Craig says it is the personal outcomes for the people supported through CfC programs that is the ultimate measure of success.
“If through processes like a Social Return on Investment evaluation we can improve the way we are working with people – if we can help them achieve their goals and dreams a lot sooner – then we’ve done a good job,” he says.
“It’s as much about building the capability of the people working with clients as it is about supporting the clients to get to their goals.”
One such person is mother-of-four Marcia, who credits CfC with the full life she leads today.
When she first arrived in Adelaide from Sydney following a relationship breakdown in 2012, she knew nobody and had no idea what her future held.
Six months pregnant and with three children in tow, she spent her early days finding a house and then settling her two eldest children in school.
After the initial settling in was complete, she found herself at home with little support or friends.
“In that first year I just went to some local playgroups and I met different people and one of them mentioned Seaton Central,” Marcia says.
“The programs were very flexible and you didn’t have to pay, which was a real benefit.
“They were so nice and welcoming and sweet and little by little we got involved in every single program.”
Seaton Central, run by CfC, offered a diverse range of programs and Marcia found herself attending most weekdays with her two youngest children, Luciana and Alessandra.
She took part in gardening programs, playgroups and a getting ready for school program – to name a few – and says it was crucial to reducing her social isolation and developing new skills.
When Seaton Central closed, Marcia and the kids started visiting Seaton Neighbourhood Centre, which CfC supports with funding.
“The programs there are also fantastic, as they are very well planned and the quality is good,” Marcia says.
“The kids have freedom but in a safe environment, which is important.”
Marcia has just completed her Certificate 4 in Community Services and is also the parent representative on the CfC Committee.
“It’s great because you feel like your opinion is important and that’s good for your self-esteem.”
She is now juggling her role on the committee with part-time book keeping work, raising four children and is looking to start volunteering in community services to work out what she would like her future career to look like.
It’s a long way from her early days arriving in Adelaide unsure of where to turn – and she says CfC and the programs it helps to provide has been a huge part of that journey.
“A lot of people could benefit from getting involved in the programs,” Marcia says.
“There are so many services being offered but a lot of people don’t know about them.
“You don’t feel judged or embarrassed asking for help there.
“I’m always recommending them to people I meet.”
To obtain a copy of Communities for Children Program – Social Return on Investment Forecast Analysis, email cbradbrook@unitingsa.com.au