Home » News » Richard’s journey of recovery is inspiring others

Richard’s journey of recovery is inspiring others 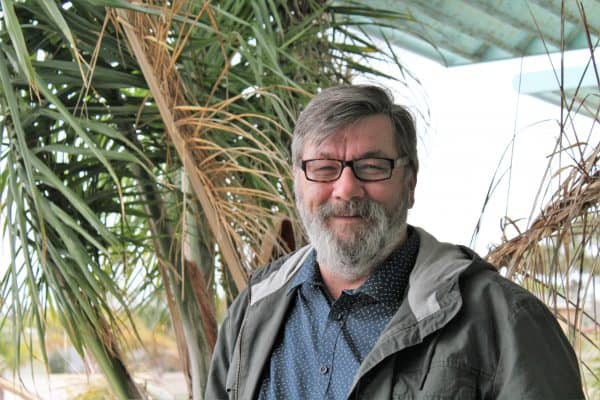 Richard Warland truly walks alongside people with a mental illness on their path to recovery because he has been there.

He knows what it feels like to be uncomfortable in his own skin.

He understands it is possible to wake up one day, unable to trust your own thoughts.

And he knows recovery is a long journey that requires persistence, understanding and support.

Richard can tell you the moment his world “came crashing down”.

“I’d noticed for a week that something wasn’t right in my head,” he says.

“I felt odd and then over a two or three day period it plummeted badly.

“I was having constant panic attacks, my body felt like it was on fire, all my muscles clenched up.

“I was just gone and I was looking at my wife going, ‘I know you but I don’t know how’.”

Richard says the rapid decline surprised him but it hadn’t come from nowhere.

Four months earlier, in July 2004, he had been involved in an industrial accident in which an electrical cabinet fell on him and crushed his spine.

“I was somebody who had never been unemployed – I had a wife, I had kids and a mortgage.

“I went from that to being someone who couldn’t do much apart from lie flat on my back.

“I was just living in my own head.”

This, combined with a cocktail of drugs prescribed to numb the pain, led to a mental breakdown.

He was rushed to Noarlunga Hospital’s emergency department and soon admitted as a voluntary patient in the mental health ward.

He began working with his GP, psychiatrist and psychologist to uncover the source of his breakdown and ongoing depression and anxiety.

“There began a journey of about three years of this concept of recovery,” Richard says.

“It’s not a physical recovery – it is recovering your life, recovering back what is yours and being able to be functional again.”

His intensive work with the doctors led him to discover his upbringing had played a key role in his decline.

He came to understand his difficult childhood, which included his father’s suicide and abuse at the hands of his stepfather, had influenced his later struggles.

For many years, he had managed to bury the damage deep and continued to progress through life, developing a successful career and relationship.

But in 1995, his first daughter was born and Richard says this, along with extra pressure in the workplace, led to the first hint there was something wrong.

The following nine years he felt the struggle of balancing his family and work life, which took its toll on his mental health.

“I was never physically violent but I would walk in the door and explode – I was Jekyll and Hyde,” he recalls.

“I had two personalities – the one I wanted the world to see and then there was me.

“I was an outwardly functioning person but inside I was broken.”

Richard labels the 2004 work accident as “the straw that broke the camel’s back” and his subsequent breakdown as the “reset button”.

“It was a very horrible experience to go through but I also reflect on it being such a blessing,” he says.

“I’d been given this opportunity to hit the reset button and restart.

“I worked with my psychologist to put it all back together – I re-thought everything about what was important to me, who I was, what I wanted for the future.

“I now had the opportunity to be the person I should have been.”

After some false starts, Richard found his place in 2012 when he secured a traineeship in mental health peer work.

He went on to complete a Certificate 4 in Mental Health and in 2014, joined UnitingSA as a peer support worker with our Individual Psychosocial Recovery Support Service (IPRSS), based at Christies Beach.

Peer support workers are part of UnitingSA’s lived experience workforce – a team of people using the skills developed from their own journey of recovery to help others.

“To be able to say I am a peer support worker, it’s me saying to the world, ‘This is who I am, I come with baggage but I will do my best to help those who are going through a similar journey’,” Richard says.

“I remember sitting down with my manager saying, ‘I don’t really care if you pay me or not – this is what I have got to be doing. I’ve got to give back to others what was given to me’.

“Hopefully I will give people hope to see there is a light at the end of the tunnel.”

“WSE do an outstanding job…the level of productivity is exceptional. It’s the energy that the team has, they are happy and it translates into great results”.